What’s the Point of Retirement Planners in Daly City, CA?

The retirement age in America is around 67 years old, depending on when you were born. 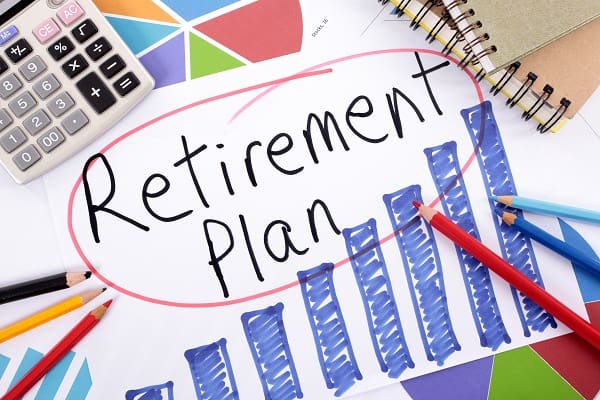 67 could be ages away or just a few years. In both situations, you could be thinking: what’s the point of getting a financial advisor now? Isn’t it too early, isn’t it too late?

Not at all. As the saying goes, the best time to plant a tree is 10 years ago. The second best time is now. It’s never too late or early to get help for retirement planning.

A good financial advisor is always able to adapt and create a wealth management strategy personalized just for you.

Retirement planning might not be fun to think about, but in Daly City, CA, it’s absolutely necessary.

Here are reasons why you should get a financial advisor in Daly City, CA:

You might be very thorough at researching, or you might have a friend who’s great at making money.

But online advice isn’t personalized. Google can’t give you detailed counsel based on where you are, who you are, and what you want. Google can’t tell you there’s that one fine print you forgot to read, thereby losing you a lot of money.

Good retirement planners know every little detail there is to know–and they can help you sort out your finances one-on-one.

Lucey Wealth Advisors has a top-tier team of specialists. They’ll answer all the questions you have, and even tell you about the critical ones you didn’t know you needed to ask.

Taxes can be crazy expensive. They are legally unavoidable, but that doesn’t mean there aren’t legal ways to pay fewer taxes.

Retirement brings about a huge amount of taxes in San Mateo County, which can be shocking to hear. A poorly planned retirement can destroy your hard-earned savings.

With the thorough and careful planning of retirement planners, you can avoid those taxes. Don’t let unexpected taxes devastate your household.

And obviously, financial advisors can help you with your taxes in general. Estate taxes, also known as the death tax, are getting increasingly complicated since the pandemic started.

Lucey Wealth Advisors can help protect you and your family from heavy financial burdens, especially in trying and uncertain times.

Depending on what state you reside in, taxes and laws can also vary. Lucey Wealth Advisors operates across Daly City, CA, and can pinpoint what strategies would work for you.

Sadly, financial problems are a leading reason for divorce in San Mateo County.

It’s difficult to have stability if finances are troubling your family.

Advisors can help if there’s a general dissatisfaction with your household’s current situation, or if there are problems with you and your spouse’s joint finances.

Plus, if you have a professional voice giving advice, that counsel is objective as it can be. This can reduce any arguments or confusion between who’s right.

This isn’t a topic that has to be all doom and gloom just because you have kids (or don’t have kids).

But if you do have kids, imagine: you could be the coolest grandparent! With a solid retirement plan, it doesn’t matter that you don’t have an active income.

If you don’t have kids, you could still take that vacation yourself. Be comfortable and live with fewer stressors (and we know that monetary burdens are often the heaviest to bear as health becomes a larger concern).

There are so many ways to save up for retirement planning.

Other ways a financial advisor can help

Lucey Wealth Advisors is devoted to helping you and your family with your happiness and financial security. Decades of experience mean we can be there for you whenever you need it.

Whether you’re more comfortable with a one-time chat or want long-term wealth management assistance, we are here to help.

On top of expert retirement planning, we also offer other services, such as:

Reduced risk exposure in your investments

Whether you’re a company looking at the market or an individual wanting to invest, Lucey Wealth Advisors can help reduce your exposure to stock volatility.

In 2021, stocks are more than a bit of a mess. They soared sky high and also plummeted to terrifying lows.

Financial management experts know how to diversify your portfolio in a way that is not only exciting and lucrative, but also safe (as safe as possible).

The stock market can be confusing and stressful to navigate due to its rollercoaster aspect.

Well, let our specialists take on the burden and do the necessary analysis for you. You’ll feel less stressed and more confident, and research actually shows that less stress has many health benefits.

College can be absurdly pricey. These expenses can also sneak up on you, so hiring a professional to help you plan can be a great help.

In addition, by getting financial counsel when your kid is young it means you can feel more at ease about the future. There are so many things to fret about as a parent or grandparent!

In the end, of course you’re the one who lives through your financial situation day by day.

Our specialists in San Mateo County are here to help answer all the questions you have and give you extra information so you can live through your day by day more easily. That means you can do the things you want to do with less of a financial burden.

If you have any questions or concerns, or are looking for a quote, don’t hesitate to call Lucey Wealth Advisors at 888-828-3394.

Some information about Daly City, CA

Daly City is the most populous city in San Mateo County, California, United States, with an estimated 2019 population of 106,280. Located in the San Francisco Bay Area, and immediately south of San Francisco, it is named for businessman and landowner John Donald Daly.

Archaeological evidence suggests the San Francisco Bay Area has been inhabited as early as 2700 BC. People of the Ohlone language group probably occupied Northern California from at least the year A.D. 500. Though their territory had been claimed by Spain since the early 16th century, they would have relatively little contact with Europeans until 1769, when, as part of an effort to colonize Alta California, an exploration party led by Don Gaspar de Portolá learned of the existence of San Francisco Bay. Seven years later, in 1776, an expedition led by Juan Bautista de Anza selected the site for the Presidio of San Francisco, which José Joaquín Moraga would soon establish. Later the same year, the Franciscan missionary Francisco Palóu founded the Mission San Francisco de Asís (Mission Dolores). As part of the founding, the priests claimed the land south of the mission for sixteen miles for raising crops and for fodder for cattle and sheep. In 1778, the priests and soldiers marked out a trail to connect San Francisco to the rest of California. At the top of Mission Hill, the priests named the gap between San Bruno Mountain and the hills on the coast La Portezuela (‘The Little Door’). La Portezuela was later referred to as Daly’s Hill, the Center of Daly City, and is now called Top of the Hill.

Following the Mexican Cession of California at the end of the Mexican–American War the owners of Rancho Laguna de La Merced tried to claim land between San Bruno Mountain and Lake Merced. An 1853 US government survey declared that the contested area was in fact government property and could be acquired by private citizens. There was a brief land rush as settlers, mainly Irish established ranches and farms in parts of what is now the neighborhoods of Westlake, Serramonte, and the cities of Colma and Pacifica. A decade later, several families left as increase in the fog density killed grain and potato crops. The few remaining families switched to dairy and cattle farming as a more profitable enterprise. In the late 19th century as San Francisco grew and San Mateo County was established, Daly City also gradually grew including homes and schools along the lines for the Southern Pacific railroad. Daly City served as a location where San Franciscans would cross over county lines to gamble and fight. As tensions built in approach to the American Civil War, California was divided between pro-slavery, and Free Soil advocates. Two of the main figures in the debate were US Senator David C. Broderick, a Free Soil advocate, and David S. Terry, who was in favor of extension of slavery into California. Quarreling and political fighting between the two eventually led to a duel in the Lake Merced area at which Terry mortally wounded Broderick, who would die three days later. The site of the duel is marked with two granite shafts where the men stood, and is designated as California Historical Landmark number 19.